I found these Urouro Traveler letter sets in Japan last year and just thought they were adorable. They combine two of my favourite things – cute kawaii bears and travelling. 🙂 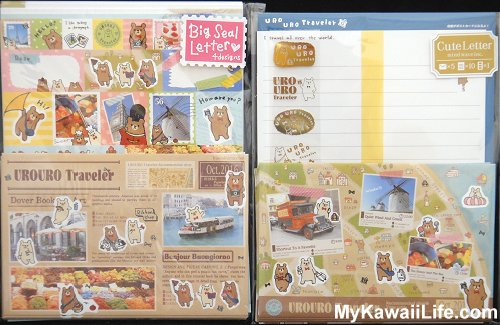 Urouro apparently means ‘to wander aimlessly.’ I love this idea. When we travel, we love to have plenty of time to just wander around and explore our location without a set timetable.

The first design in the big set is probably my favourite: 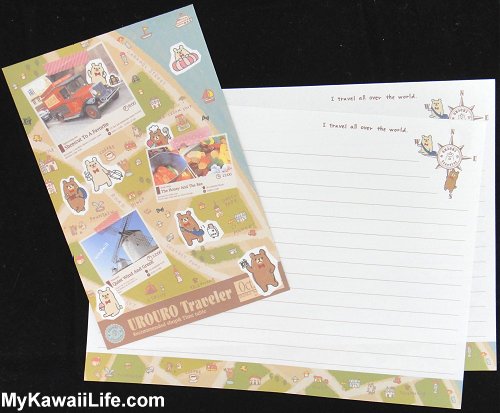 I love the map theme and the cute little north / south image in the top right corner.

The second design is perfect for fans of washi tape: 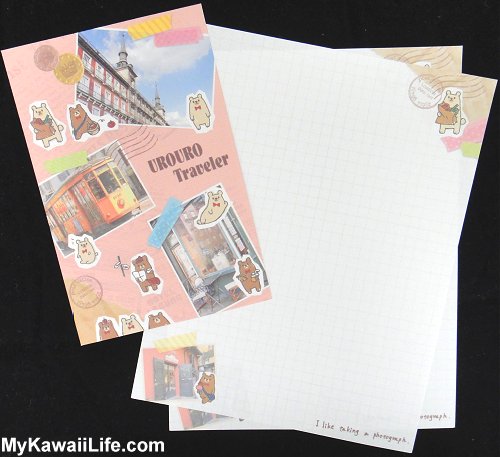 It looks a little like a scrapbook or travel journal with images of photos supposedly taped on with washi tape. I like how the paper has a grid pattern too, instead of the regular straight lines. 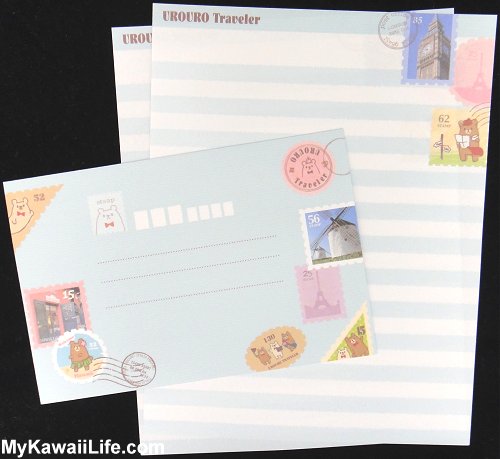 I particularly like the envelope from this design and the different shaped stamps scattered around its edges.

The last design from the large Urouro Traveler letter set focuses on being a tourist. 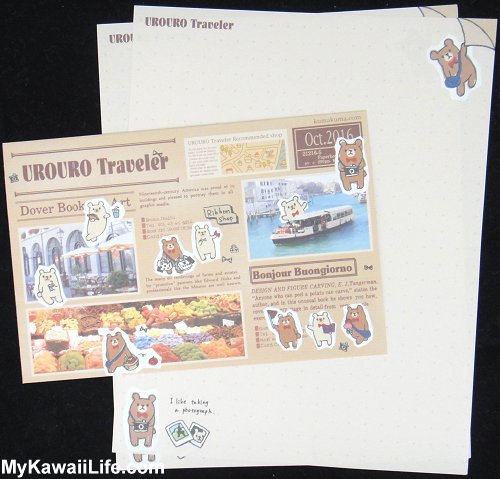 It features a cute little bear with his camera going out and seeing the sights. 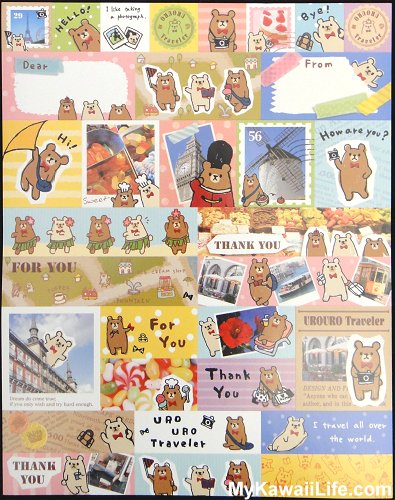 I love the hula dancing bears! Lol. I don’t think I’ll ever be able to bring myself to use these stickers. They are just too cute!

I haven’t actually opened the single design Urouro Traveler letter set, but as you can see, it follows a very similar theme to the others. The envelope features a map motif, while the paper features three cute little bears at the bottom and the cute north / south image at the top. 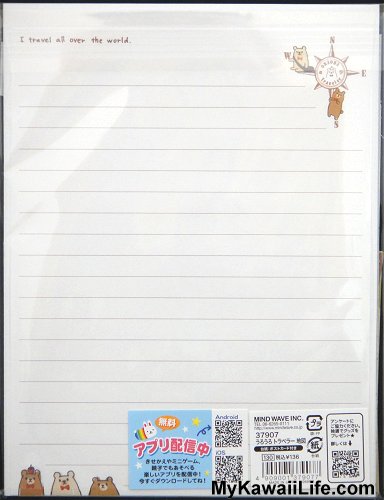