Convenience stores are everywhere in Japan. When we are in Japan, we often visit them to pick up snacks and drinks. In particular, we tend to visit them last thing at night to pick up something for breakfast the next morning.

One of the most common convenience store chains is called Lawson. We went to Lawson quite a lot when we were in Kyoto as there was one quite close to our hotel. On our first visit, I discovered these cute little San-X Rilakkuma stickers stuck on lots of pastries, sandwiches and desserts. 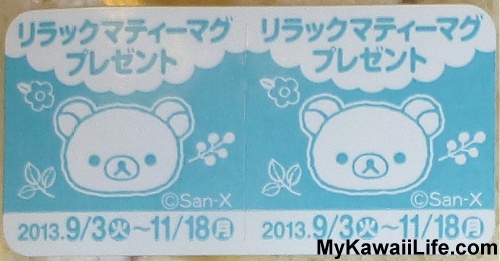 On further investigation, I found a leaflet explaining the promotion. Of course, I could not actually read it, but it appeared to be a promotion to celebrate the 10th anniversary of Rilakkuma. Yay! A kawaii promotion! I surmised that if I collected the stickers, when I had enough, I could exchange them for one of the items shown on the leaflet. 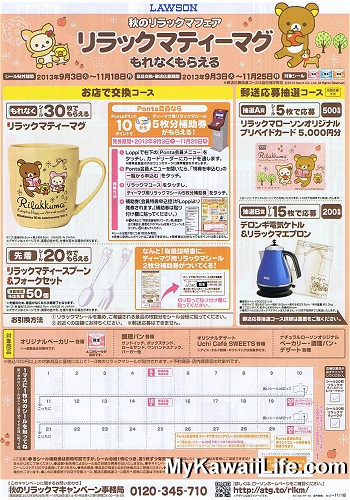 The item I wanted the most was the cute Rilakkuma mug and, of course, it was the one that required the most amount of stickers – 30 in total. Thankfully, my wonderful hubby was very supportive and helped me collect 25 stickers over the 2 1/2 weeks we were in Japan. My friend then kindly gave me five so by our last night in Tokyo, I had enough to get the mug! I was so happy! 🙂

The mug comes in a cute brown box and features Rilakkuma reading a recipe book, Korilakkuma with a deer and Kiiroitori (the yellow chick) eating an apple. 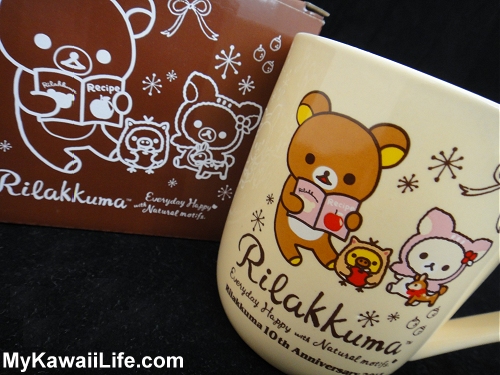 It is also dated in recognition of Rilakkuma’s anniversary. 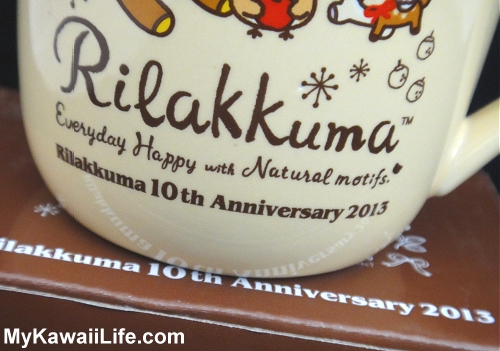 Even the bottom of the mug is cute! 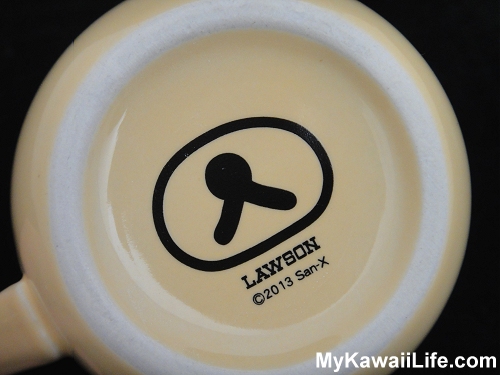 To be honest, I’m not always the biggest Rilakkuma fan. I do like him, but I prefer many of the other San-X characters, like Sentimental Circus. However, for some reason, I really love this mug and I’m very grateful to my hubby and my friend for helping me collect enough stickers to get it.

It does make me wonder what other adorable kawaii promotions we miss out on though! Oh, to live in Japan! On our last day in Tokyo, Lawson seemed to be expanding on their Rilakkuma promotion with more Rilakkuma snacks appearing on the shelves. 7-11 seemed to be wrapping up a Disney promotion too. If you do have a chance to visit Japan, keep your eyes open – you never know what promotions might be around!